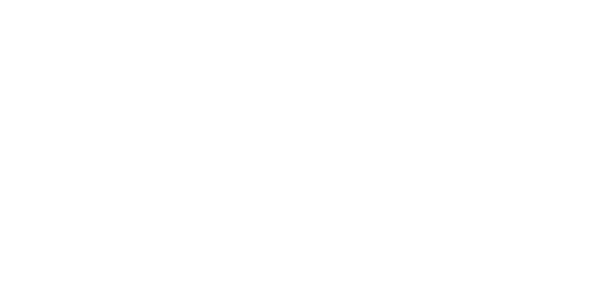 Long ago, in an age long forgotten, the MUDD was a land of turmoil and chaos. The Peoples lived in anarchy. Every day was a new struggle to survive in a harsh world. Thieves and murderers ran rampant, and no one dared to speak against the evildoers. All The Peoples could do was pray for salvation from the Gods.

Their prayers did not go unheard. Three Gods, relatively inexperienced in dealing with mortals, took it upon themselves to restore order to the MUDD. They vowed to give The Peoples new laws to live by, defiance of the law to be punished by the Gods themselves. These three Gods - known to mortals as Encino, Zapper and Nemesis - came to the MUDD during the summer of 1992, later known as the time of The Great Rebirth. The Gods gave the MUDD a name, Northern Gates, and they also gave themselves a title, The Committee, and they ruled the land with their devine power and wisdom.

Encino and Zapper remained in control of their boundless power, but Nemesis began to regard The Peoples as a lower form of life and began slaughtering them for his own amusement. Apalled by Nemesis' cruelty and fearful of his madness, Encino and Zapper secretly took The Peoples from The Land and with the help of an old ally, a strange High Elf known as Unknown, a new land was found; safe from the insane rage of Nemesis. The new land was given a new name, Northern Crossroads - affectionately known as NCMUDD - and the people lived in harmony and began to multiply under the rule of the beloved Committee members.

The Committee began molding NCMUDD into their vision, and dazzled the people with feats of code beyond their comprehension.

As the seasons changed, so did the some of the Committee members. Zapper, growing tired of MUDD, vanished to the strange dimension known as Reality, never to be seen again. Zapper's departure was soon followed by Apollo's arrival. Apollo was a quiet fellow who was liked by everyone, however, his stay was short since he too vanished to the Reality dimension, never to return.

Later came Nixdorf and his Legion of Doom who caused violent ripples in the calm waters of NCMUDD. With DrWho pulling the strings, Nixdorf began to make unpresidented changes within The Land. Encino and Unknown allowed Nixdorf to trod all over them, changing The Land to what suited him. It is said that one day Drwho and Nixdorf simply dissappeared from NCMUDD without a trace. No one knew what happened to them, however, rumour has it that Encino and Unknown were seen celebrating a few days afterwards.

As the size of The MUDD increased, the pressure of ruling began to show upon The Committee, so they decided to recruit two more co-rulers. The new recruits could not be just anyone, they had to be brilliant, hardworking, and very creative, so Unknown and Encino decided to give all the encumbants a grueling test of their abilities. Ottomix and Victor were the only ones that were able to strap their sandals properly so they were quickly added to the upper ranks.

However, after serving loyally for several months, Ottomix grew weary of the MUDDing realm and vanquished himself to another dimension, vowing to return once again to NCMUDD and reclaim his position as a valued Committee member. The other Committee members bid Ottomix farewell, not expecting him to survive the alternate dimension Reality. Unfortunately, like Nemesis, the awesome power of being a Committee member destroyed Victors reasoning and he went completely mad. Victor's subsequent actions broke many laws and the code of ethics of the Committee. Victor was put in irons and ultimately tried and executed for High Treason.

Growing weary of ruling mortals, Unknown and Encino had thoughts of putting an end to NCMUDD, giving away the transformed land which contained their sweat and blood of the past two years. While the thought of giving up NCMUDD saddened them deeply, Unknown and Encino, having no heir to their throne, were left with no other choice. With the announcement of their decision, dwellers of Northern Crossroads lived in fear that the sun may not rise again the next morning.

In an effort to continue, those with high administrative powers under the Committee - known as Executives - searched to find a new home for The Crossroads. After months of searching, one was found in Europe, on a plot of land owned by the mighty Jaguar. Although not completed, preparations for the move to the new home had started.

One week following, the Mutant God known as Forge, arrived. Though being a vigilante and criminal in his earlier days, Encino and Unknown foolishly entrusted The Land to him and Forge rose to power. With little time, Forge began his work. Seeing the endless work required, Forge kidnapped LSD, a God of the Atoms, to rule with him. With this new found power and vigor, and the unexpected return of Ottomix, peace and tranquility returned to The Land of The Crossroads.

Soon afterwards, the Executive governors that had previously been appointed began making rash decisions, causing much pain during the Age of Despair. Hearing the loud cries of The Peoples, Forge and LSD joined forces and mercelessly slaughtered the Executive clan that threatened the MUDD. Seizing total power, they declared military rule and a dictatorship. LSD, being master of matter and atoms, was not accustomed to the imaginary realm of MUDD, so Forge grew in fame and was soon worshipped by the entire MUDD. As time progressed, Forge's hypnotic power over The Peoples grew greater still as he dazzled The Peoples with tricks of code. While all the Committee have the same power, Forge's flare for the bizarre and his many hours spent with The Peoples made him stand out from the rest.

Even though the MUDD was renewed in spirit by the enthusiasm of the new Committee, their great sense of honour demanded that they keep their word to Jaguar, and send them a complete map of The Lands of NCMUDD so a duplicate could be created in the Scottish Highlands. However, the Committee were not willing to abandon their homeland and so NCMUDD still thrives, as does it's sister in Scotland, MIMUDD.

As the eons passed by, NCMUDD flourished and all The Land seemed serene and The Peoples content. Suddenly, earthquakes tore up the land! Gale winds and floods drove The Peoples into panic! Terrified, they prayed to the Committee for an explaination. The Committee could not comfort The Peoples, for the cause of the great turmoil was out of their hands. The SUN itself was dying, and when it's power extinguished, so all of NCMUDD would die with it. Even if NCMUDD could exist without the SUN's energy, the temple of the omnipotent Telnet Daemon, who guided travellers to NCMUDD, was being destroyed by the same unstoppable evil that was destroying the SUN. There was only one thing the Committe could do, they had to replace their dying SUN and find a new temple to worship Telnet Daemon.

Telnet Daemon was appeased at this discovery, and The Land returned to its tranquill existence.

After questing for the Wafer of Intel, the Quantum Fireball and finding a new temple to worship Telnet Daemon the Committee were left drained and weak. Humbly, the Committee asked for prayer and worship from The Peoples. Several devoted their spirit so completely to the Committee that they were taken up into the heavens to co-exist with them. Soon, through their generous spirit and dedication to the smooth functioning of NCMUDD, these chosen few were granted the power of Committee. However, ultimate control of the Wafer of Intel was left in the hands of the original Committee members.

The noblemen who eventually became Committee members were: Rygar of Waterloo, Caveman of New York, Byron of California, and Ardath of Nevada.

After centuries of contentment, The Land was upheaved by a holy war declared on Internex Online by a great external power! The temple of Telnet Daemon was pillaged and razed! A new temple to Telnet Daemon was constructed by the invading power, but their strange cult who worshipped only greed and alienation, was not compatible with NCMUDD's religion.

This new shrine, located at Access Vantage, has greatly honoured Telnet Daemon, and allows wandering travellers to once again find their way home to NCMUDD.

The Committee were fatigued from their arduous journey in the holy lands. They required rest and worship. During this period, a few of the Chosen Peoples took it upon themselves to care for The Land and The Peoples. This personal sacrifice ingratiated and endeared them with the Committee, who chose to raise them to co-exist in the heavens. The Chosen were: Molecular, a God of the fibers of Life, Slik and Ruinan. Thus is the story of the creation of NCMUDD as it stands today. Let its honour and glory live on forever in our hearts, our minds and our computers!